A special thanks to Jamallah Bergman for tagging me in this blog hop! Visit her site to see her intriguing answers to the same questions!

1. What are you working on now?


I'm working on five different novels. As most of you know, I also write Young Adults works under C. Kennedy and I'm currently finishing up Tharros, the sequel to Omorphi. Following, I'll polish another Young Adult novel, Slaying Isidore's Dragons, and then polish my Adult works, Sleight of Heart, Aeromancer, and Shooting Star for submission.
~*~ 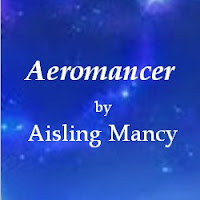 When life and death incarnate collide, can they unite to rebuild humanity and save the universe?

Sometime in the far off future, a Wraith is tasked with the recovery of top-secret military cargo from a stranded space freighter. The cargo turns out to be an entity-- an entity that the Wraith refuses to return to his military superiors. When life and death, incarnate, collide, can they unite to rebuild humanity and save the universe? 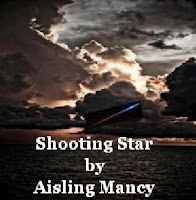 It was the year 3012. First, there had been the stem-cell scientists and gene-splicers, and then came interstellar travel. Under the auspices of the Human Genome Project, they created a race of human-alien hybrids with hermaphroditic traits and superior psychokinetic powers. A millennium later, they named them an abomination before God and called for their annihilation. They.


Ffolant was the most powerful human-Jupitarian hybrid in existence and they came after him. They. At age eighteen, they had murdered his parents before his eyes to make a point. They. They sheared his wings and genetically enhanced him. And almost killed him in the process. They. Then they made him a tracker – of his own kind. They.

Now, at twenty-two, he was their most trusted assassin. He was elite and he loathed it. Rebellion thundered behind his eyes and hatred burst like caustic fireworks in his mind. The need for insurrection permeated his veins, bittersweet saccharin on his senses and a cloying miasma on humanity’s horizon. A storm was coming. 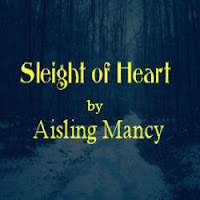 A vampire mage, a gypsy,
and a love that won't be denied.

Lord Taliesin Solitaire was born albino, cursed mute by the fey, and betrayed by a vampire lover. For two hundred years the vampire mage has vowed never to love again and has only used sex as a means to a meal. Until a palm-reading gypsy finds himself in peril and Taliesin can’t resist rescuing the beautiful young man.

Pesha is the eldest but smallest son of King Vaida Sinclair, the oppressive ruler of the Kåle Romani Compania. Deemed impure by his father, Pesha is shunned and mistreated by his band and six half-brothers, and one brother in particular wants him dead. His pale, silent savior gives him safety, security and a love he never could have imagined. As Pesha falls in love with his handsome white knight, his half-brother does the unthinkable.

2. How is your current WIP different from others in the genre?

I have a unique background in that I was raised by a prolific author and also have a background in writing for film. Both have provided the forum for me to write in a number of different styles and expand my horizons in writing high-action content. All of my works, whether adult or young adult, contain a lot of action.

For the love of the craft. I've been writing since the age of seven and, plainly stated, I wouldn't know how not to write daily. It's ingrained in me, it's very much who I am, and I would feel as if I lost a limb (maybe two) if I didn't write daily.

4. How does your writing process work?

Once a story forms in my mind, a movie begins to play in my imagination and putting it to paper becomes an imperative. I'm a "panster," as it were, and almost always write without an outline, but do so linearly. I am not one to skip around and write different parts of the story then piece it together. That said, I do take breaks from writing a particular story and work on another story in order to gain perspective. As such, I often have many stories in process at one time.

Check next Friday's posts from these excellent authors:

Email ThisBlogThis!Share to TwitterShare to FacebookShare to Pinterest
Labels: 2013, Interviews, On Writing