Carry the Ocean by Heidi Cullinan, a Special Post About Autism, and a Giveaway! 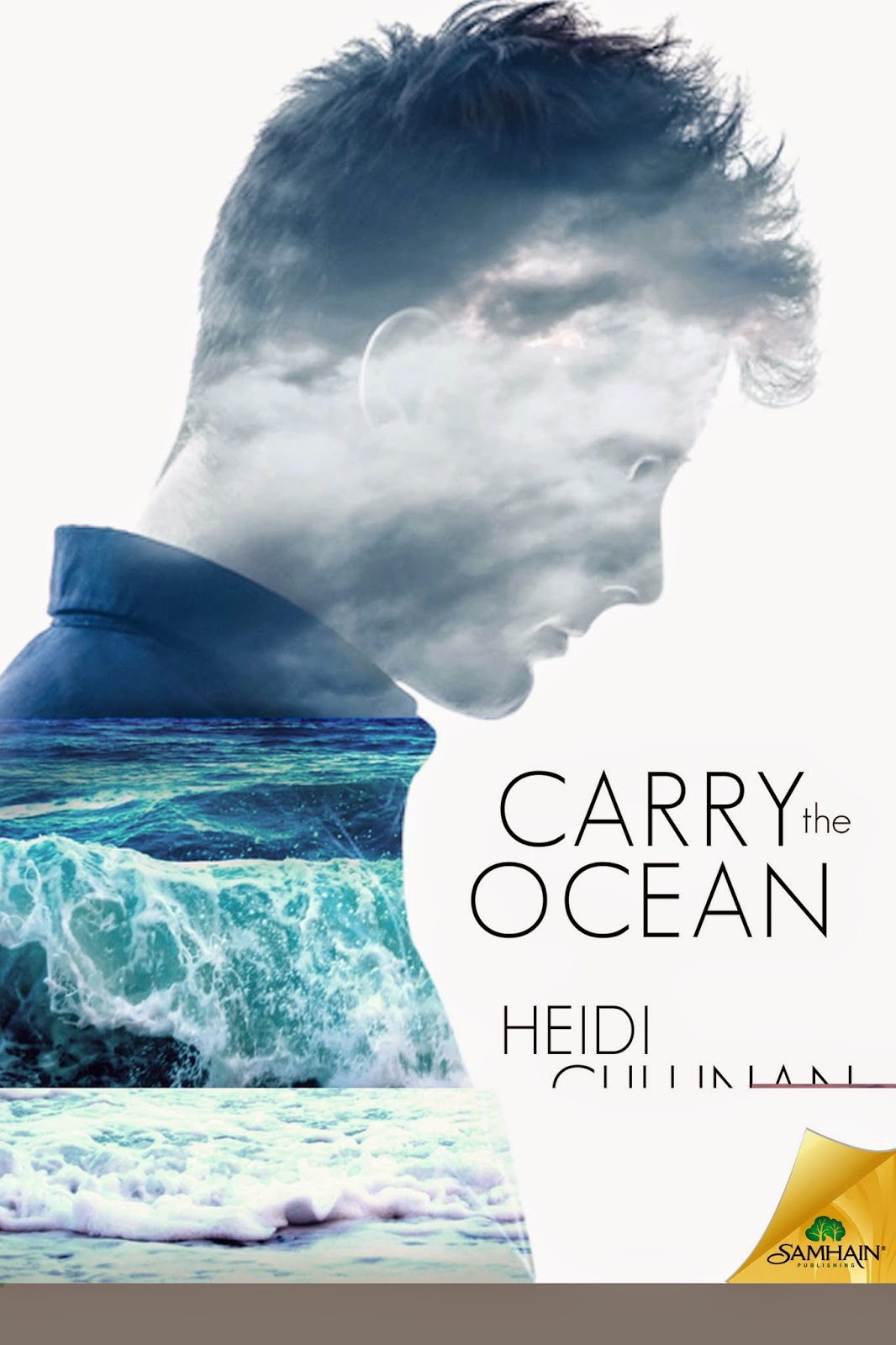 Join me in welcoming Heidi Cullinan to my blog with her newest release, Carry the Ocean, and a very special post about Autism. April 2nd was the eighth annual World Autism Awareness Day. Every year, autism organizations around the world celebrate the day with unique fundraising and awareness-raising events. We're celebrating with Carry the Ocean, and don't forget to enter to win below!

· Autism itself does not affect life expectancy, however research has shown that the mortality risk among individuals with autism is twice as high as the general population, in large part due to drowning and other accidents.

· Boys are four times more likely to have autism than girls

· Autism is the fastest growing developmental disorder, yet most underfunded 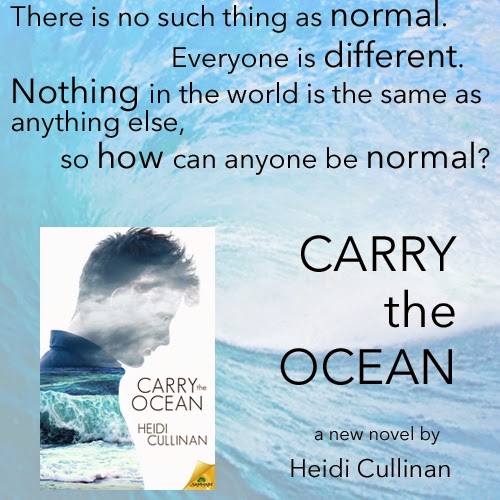 Autism is diagnosed “on the spectrum,” which means one’s autism might be mild or severe. Sometimes people with autism also have savant syndrome, presenting profound capabilities in a subject or skill. Some famous and fabulous people with autism:

Some people have been retrospectively diagnosed with autism. There can be no conclusive verdicts, but the list provides food for thought.

Enjoy these great performances by people with autism:

Sometimes people with autism like to kick back and let someone else perform, or just play. 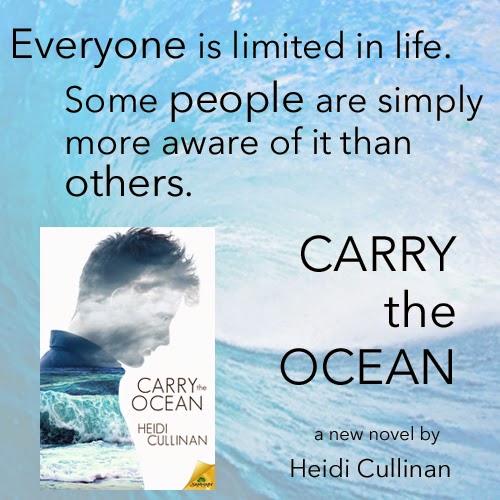 Bottom line: people with autism have given a lot to the world. Consider giving something back. Donate to the National Autism Association (US), The National Autistic Society (UK), Autism Canada,  Autism Awareness Austraila, Night of Too Many Stars (New York Collaborates for Autism) or the society/charity supporting autism of your choice.

Thank you, Heidi, for a wonderful post! I can't wait to read Carry the Ocean!


ABOUT CARRY THE OCEAN
The Roosevelt, Book 1
Normal is just a setting on the dryer.
High school graduate Jeremey Samson is looking forward to burying his head under the covers and sleeping until it’s time to leave for college. Then a tornado named Emmet Washington enters his life. The double major in math and computer science is handsome, forward, wicked smart, interested in dating Jeremey—and he’s autistic.
But Jeremey doesn’t judge him for that. He’s too busy judging himself, as are his parents, who don’t believe in things like clinical depression. When his untreated illness reaches a critical breaking point, Emmet is the white knight who rescues him and brings him along as a roommate to The Roosevelt, a quirky new assisted living facility nearby.
As Jeremey finds his feet at The Roosevelt, Emmet slowly begins to believe he can be loved for the man he is behind the autism. But before he can trust enough to fall head over heels, he must trust his own conviction that friendship is a healing force, and love can overcome any obstacle.
Warning: Contains characters obsessed with trains and counting, positive representations of autism and mental illness, a very dark moment, and Elwood Blues. 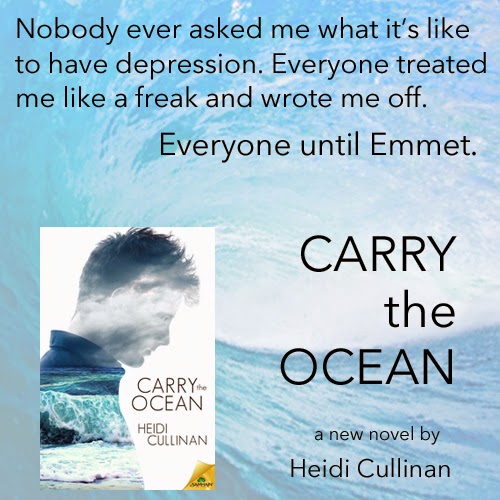 Heidi Cullinan has always loved a good love story, provided it has a happy ending. She enjoys writing across many genres but loves above all to write happy, romantic endings for LGBT characters because there just aren't enough of those stories out there. When Heidi isn't writing, she enjoys cooking, reading, knitting, listening to music, and watching television with her husband and teenaged daughter. Heidi is a vocal advocate for LGBT rights and is proud to be from the first Midwestern state with full marriage equality. Find out more about Heidi, including her social networks, at www.heidicullinan.com. 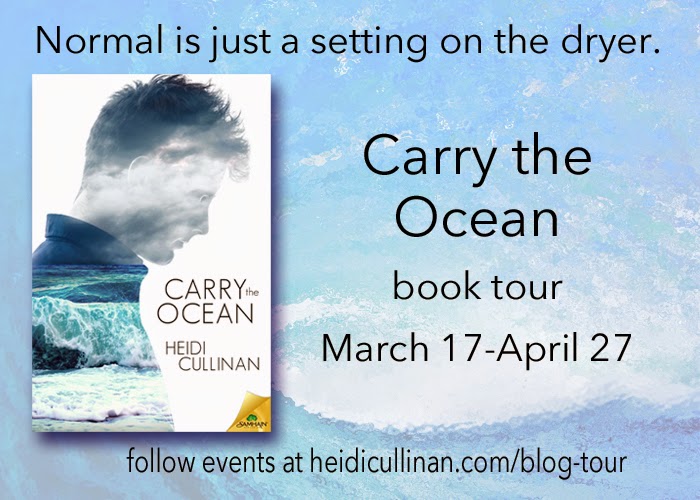