Check out KI Brightly's "The Shape of Honey" now available from Dreamspinner Press! 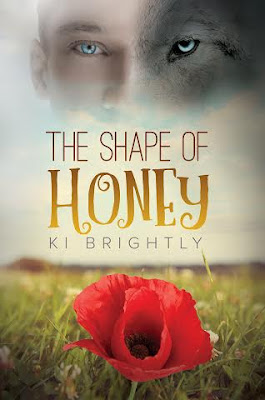 Join me in welcoming KI Brightly to my blog with her newest release, The Shape of Honey, now available at Dreamspinner Press!

About the Shape of Honey

Yulian Volkov is an entrepreneur and lone werewolf who hates the city. At a pack meeting, he learns the only member he’s attracted to is being expelled for crimes unspecified. Yulian strikes a deal with the pack leader to allow Rolly Witten to live on his farm and work in his Meadery. Although enjoying handsome Rolly’s company, Yulian must tread carefully, since Rolly doesn’t trust him and the pack doesn’t acknowledge homosexuality exists. Meanwhile, Yulian stealthily courts Rolly by teaching him the value of his wolf side. 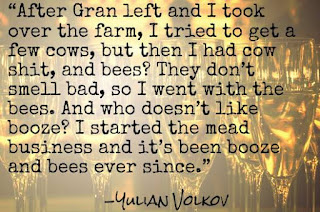 Rolly, who’s known he was gay since he was a teen, has accepted a life of solitude—and a life of crime. He has no desire to relocate. Yet Yulian’s trust in his ability to do honest work builds his confidence. As life is settling well for them, Rolly learns a friend from his old pack had a crush on him, and he’s torn between returning his friend’s feelings or pursuing the budding relationship with Yulian. But that’s not their worst problem. Assassins are trying to take out both wolves, and they need to figure out who wants them dead or all the trust and happiness they’re building together won’t matter. 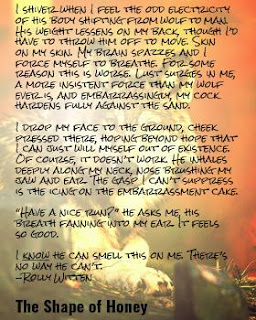 Ki’s hobbies include painting, cooking, eating, and exercising (because of the cooking and eating). Ki is also an established beach bum during the late spring and summer months, which tends to cut into writing time. Occasionally, breaks are taken from the writing process to go to a day job and have snuggles with the husband and kiddos.

Endlessly curious, Ki enjoys reading a variety of books in every genre imaginable, but has been devouring urban fantasy and science fiction of late.

Find KI on her Blog, Twitter @KiBrightly, Facebook, Tumblr,
Goodreads, and you can email her at kibrightly@gmail.com