#BookBlast! Sid Love's "Detour" is out! 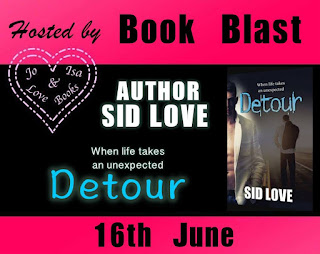 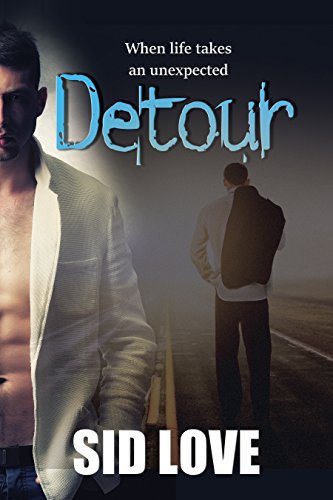 
Austin Reyes works as a bartender to support his ailing mother in a small town called Eaton. But his life takes a horrible turn when his boss’ son, Caleb, arrives in town and forces himself upon Austin. There is no end to Caleb’s lustful intentions. Austin leaves Eaton and flees to Denver to start a new life when his mother commits suicide after succumbing to depression. There, he meets Dylan Carver.

Austin lets Dylan in on the secret about his past, but soon realizes that the man who looked so happy on the outside, has his own baggage. Unbeknownst to them, someone is plotting to get Austin killed.

Even while surrounded by danger, Austin and Dylan’s relationship takes a detour that was always meant to be. Will this detour be Dylan’s undoing? Will Austin finally come to terms with his mother’s suicide and follow his own truth? Or will their lives implode?
Trigger Warning: rape
NOW LIVE!!!
BUY LINKS
UNiVERSAL LINK:
http://getbook.at/Detour 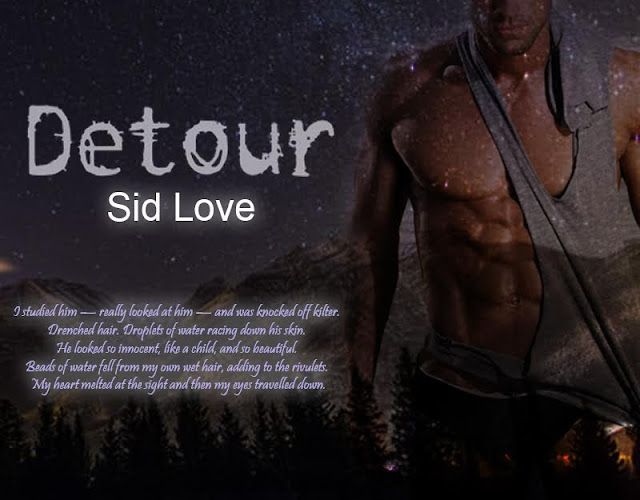 My apartment building had seen better days. It was ancient and looked like it would fall apart any time. The color had worn out over the years and there were cracks here and there, but it was dearest to me anyway. It had been my home for as long as I could remember; well, it wasn’t exactly owned by us — we rented, to be specific — but I speak from the sense of belonging. The owner of the building — Mr. Marshall — had promised to repair it soon. It was a one-story building with four small apartments, two on each floor that faced each other. Our apartment was on the first floor, so, at three in the morning, I took the flight of stairs and walked up to my door soundlessly. I knew better than to wake up our neighbor. I slowly put the key into the lock and opened the door.

Hesitating for some time, I considered again whether to tell my mother about what had happened. I couldn’t hide anything from her, but the explanations would have to wait until morning. I was too tired and sad right now.

I closed the door silently behind me.

The house lights were dim but I could see the light in her bedroom. As always, she was waiting for me to return. She would be curled up in her bed, reading her favorite Nora Roberts novel. She did the same every night before going to sleep.

I headed for her room. Thankfully, I had stopped limping as the pain dissipated; she wouldn’t know anything was wrong right away.

The door was ajar.

I stepped into the room.

…And suddenly it was hard to breathe.

Her lifeless body hung from the ceiling fan.

I rushed to support her feet. Although I knew the worst had happened, I hoped she was alive.

Her bare feet were cold.

I couldn’t understand why she would take such an extreme step. She was fine when I had left for work that evening.

My tears flowed freely this time.

That was when I noticed it. The letter on the nightstand.

ABOUT SID LOVE
Sid Love grew up in one of busiest cities in the world, Mumbai, listening to the excerpts of Indian epics as told by his father every night. While it served as an inspiration back, he has always had an ambitious mind.

In 2007, when he had just turned sixteen, he decided that he would make his lifelong dream come true—to become a well-known, respected author someday.

Ask him and he would refuse to accept that he is obsessed with books. Or movies. Or TV shows. Addicted may even be the right word.

He is a die-hard fan of Jane Austen’s romance novels and loves to reread them time and again.

Thank you for touring with Jo&Isa♡Books
Posted by Aisling Mancy at 3:00 AM