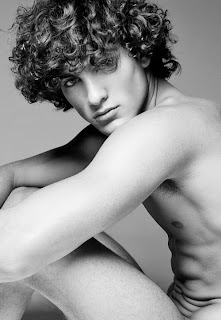 "I must not think, I may not gaze,

On what I am -- on what I was."
Byron
~*~
The year was 3012 and fetid rainclouds lay like a toxic blanket over what remained of Earth’s smoldering, squalid lands. He streaked through the sheeting acid rain fast enough to leave no trace on the biogrid. He slipped and almost went down in the rancid water again. His anger soared and his young passenger moaned softly at the unexpected pitch. He cursed the human race, shifted the weight of his passenger a little higher on his back, and worried about the slack grip the little hybrid had around his neck. The kid’s corrosive blood was an acrid stench on the air and stung his back where it ate through his ecosuit. His strong hands locked beneath the kid’s buttocks and he hiked him higher again bringing another soft moan from him. Hang on, only three more miles, he telepathed to the kid.
A loud crack sounded on the horizon and lightning splashed the pewter sky unnerving him. A tornado crested the Blackstairs Mountains and dropped onto the Plains twenty klicks away. He concentrated on his speed, strategically placing his soft boots on the hot, sodden ground and tried not to jostle his package again. He felt most in control when he exerted himself. Ironic now, as he was running for the little hybrid’s life and controlled nothing until he made it to the ship. He ran faster than any other hybrid, and could do so while carrying weight equal to his own. He would make it. He bore down on the molten, sooty terrain bringing to bear the last of his strength and cursed the human race again.
First, there had been the stem-cell scientists and gene splicers, and then came interstellar travel. Under the auspices of the Human Genome Project, they created a race of human-alien hybrids with hermaphroditic traits and superior psychokinetic powers. A millennium later, they named them an abomination before God and called for their annihilation. They.
In response to the public outcry for destruction, the humans formed the Interstellar Militia for Genetic and Noetic Engineering to perform the pogrom. Then had the temerity to call IMGNE a peace corps. More hypocritical yet, the sobriquet they flaunted for the slaughter was Imagine. They.
They loosed hybrids in the outlands and shot them for sport. Humans paid hundreds of thousands of credits for guided hunts. They sold them for slavery of the most illicit sort. They experimented on them. They tortured them. They were cruel. They.
As the most powerful hybrid specimen in existence, they came after him. His choices had been simple. Join Imagine and hunt down his own or die. At eighteen, they’d sheared his wings, genetically enhanced him, and made him a tracker. Now, at twenty-two, he was their most trusted assassin. He was elite and he loathed it.
He slipped again and regained his balance. The kid cried out. Almost there, stay with me.
“You’re…going…to… kill me…” the little hybrid panted through the pain and fright.
Hush. You’ll be safe soon. We can’t speak aloud in the open.
Terror shuddered through the kid and covered his back like a macabre cape, ever so reminiscent of the unmitigated fear he felt when they’d executed his parents in front of him. The memory roared through his head, an ugly firework bouncing off the walls of his mind. He slapped the brutal memory away with a vicious mental hand. Concentrate. Save the kid.
He felt the kid’s body go limp as he passed out. Fuck. Unconsciousness made a big difference in feel of the kid’s weight. He leaned forward and shifted the kid into one strong hand, his tiny, bony buttocks causing him to wonder, again, how old he was. The kid said he was eighteen. Not a chance. He guessed twelve, maybe fourteen, at best. With his free hand, he pressed the comm sensor behind his ear to summon the ship.