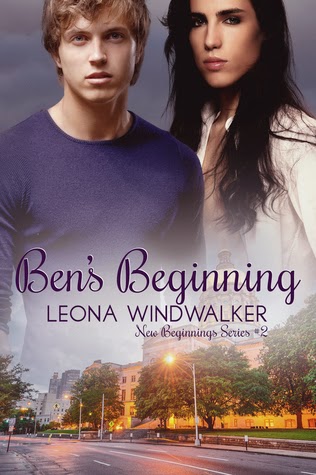 Join me in welcoming Leona Windwalker and Book II in her New Beginnings Series, Ben's Beginning! Today we have a fun character interview with Mama from the book!

Leona: Hello and thanks for stopping on by, Mrs.—

Candace: Goodness, no, call me Mama! Everyone does! Or if you really must use my name, please use Candace. Mrs. sounds so OLD! *giggles and pats her teased out curls*

Leona: Well, thanks for stopping by, Candace. I'd like to talk to you about Ben and Marty today.

Candace: *pouts* And nothing about little old me? *leans over and pats Leona's knee* I'm just teasin' ya. Ben and Marty are good boys.

Leona: You first met Ben over Christmas, I believe.


Candace: Oh my, yes! You should have seen that poor boy's face when he got outta that cab! It were a right picture. *laughs* You'd think he'd never seen a house properly done up for Christmas! Then there was that rude cabbie. I called the cab company after and gave them a what for. *sniffs*

Leona: Had you known about him before Christmas?

Candace: Sorta. Now don't get me wrong, Marty is a good boy who listens to his Mama, usually. But he likes his privacy, so alls I had heard before Christmas was Ben's name as one of his friends. I mean, I did wonder as his other friends all tend to be girls. Plus he mentioned that he'd met Ben at the Crab Derby when we was visiting Crisfield. I remembered then that his cousins had all teased him that evening because he'd gone off with some good looking boy. *smiles widely*  Our Marty always turns heads, you know. He's such a sweet, polite boy and a real looker.

Leona: *smiles* They do make a nice looking couple. Marty is gender fluid, I understand.

Candace: Yeah, but so what? Man, I hate labels. When he was little, people'd always be on me. “Candy, your boy is wearing your shoes.” “Candy, is that nail polish on his fingers?” “Candy, did you really buy him that dress?” It wasn't so bad when we was on the road because we'd only be in one place a day or two, so no one knew if he was a boy or not. So's they'd not think anything about one days seeing a pretty little girl in a dress and the next seein' her in jeans and a boy's t-shirt. But it shouldn't matter. *looks disgruntled* It's just clothes and make up what washes off! Makes me so mad.

Leona: I'm sorry if I gave the impression that I was being judgmental. That wasn't my intention.

Candace: Oh! No, I just... people say things. Or they try to be nice, but don't understand or seem to know how to ask.. They see Marty and wonder if he's confused or being rebellious. Or they think he's a transvestite and make jokes about Rocky Horror or if he is possibly a transsexual trying to get the courage up to transition and either suggest he get mental help or suggest plastic surgeons who do boobs. I've even had people ask me if he was intersex and trying to decide his gender, as if that would be any of their business. Plus some folks think he just plain does the clothes and make up because he's gay, which is a stereotype. Marty is just Two-Spirited and his being gay's not got anything to do with his gender identification or presentation. I myself think of Marty as being a kind of third gender. If boys are blue and girls are pink, he's lavender- both blue AND pink, just some days more blue and some days way more pink. Like, really navy blue some days or super hot pink on others. It's the same Marty, either way. Marty's just Marty.

Leona: I think a lot of people get confused on the subject of gender identity. It's certainly been in the news lately.

Candace: It sure has! I hope folks pay attention. Then it won't seem strange, ya know?

Leona: *nods* Marty seemed to feel a bit defensive when he was asked about the reservation, saying “It wasn't what people usually thought of”. What did he mean by that?

Candace: Ohhhhh. Well, if folks have been to a rez, it's usually for a pow wow. Lots of folks think the Natives dress a certain way, either jeans and western shirts or in regalia, all the time. People will ask if he dances, pow wow dancing that is, and about totems. Or act like they're practically kin. “My great-great-great granny was an Indian princess. How about that.” Other folks assume that the Natives are all drunks on hand outs and live in rusty trailers or shacks. He gets upset, rightly so. First people make assumptions about him based on the way he dresses in general, then they judge him based on his race. He feels invisible when they do that, lost to whatever fantasy image they have lodged in their head.

Leona: When not traveling about, where did he grow up mostly?

Candace: Well, Robert, that's my husband, is from Alabama. He was raised in Atmore, which is not even ten miles from the rez. We lived there the first two years we was married, then got a refurbished Airstream and began traveling. We wanted our kids to see America and get to know her. ::beams:: Robert's a freelance photographer and sometimes goes on an assignment abroad for a couple of months. We'd just park the Airstream up in a trailer park close to where we were and stay put until he got back. And if we just got tired of traveling, we'd go back to home base. That was in Raleigh though. We fell in love when visiting there, oh, back in '98, and bought a little house. Always thought we'd retire there but ended up selling it to move close to Robert's mama after his dad died.

Leona: So you're not from Alabama? 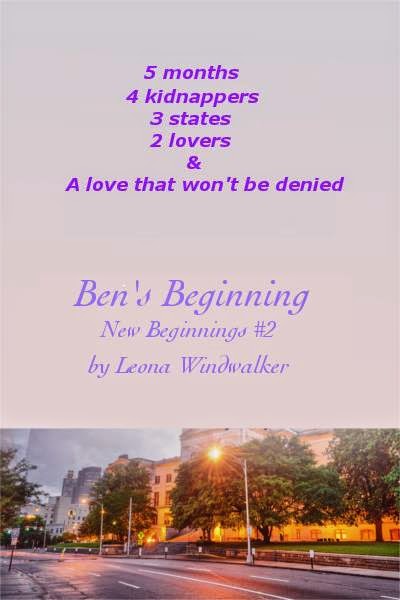 Candace: Oh my, no! I'm from St Paul, Minnesota. I met Robert at church. He was in town to do a photo series and he attended our church while he was there. He told me all about his being freelance, and his home, and all that and it sounded so exciting! I was just a middle class girl whose daddy worked in insurance and who's mama did the PTA. BOOOOOOR-ING!

Leona: Back to Marty and Ben—

Candace: Oh, honey! Everyone's got troubles of some kind or t'other. Yes, Ben's got issues, but he's a smart kid. He's seeing a therapist and all that. He's not an axe murderer or an abuser or anything. He's been abused and neglected.But now he's also got a proper family. Properly done up Christmases and big family Thanksgivings, and just wait 'til Easter! Plus family vacations! EVERYBODY comes on the vacation. This year we're planning on going to Gilroy for the Garlic Festival. There'll even be garlic ice cream! *laughs*

Leona: So you're not worried about Marty getting hurt.

Candace: Now why would I worry about that? Ben is a right sweetheart. In fact, he's usually too hard on himself. *waves a hand back and forth in dismissal* They'll be all right. His family is all gone or locked up now, so they can't hurt neither one of 'em. 'Sides, I met Seth, his brother Sol's husband. *squeals* They are so CUTE! Have you met 'em? Anyways, as I was sayin', I met Seth. You don't wanna mess with Seth. He's made real sure ain't nobody gonna come a mile within him and Sol. That goes for my Marty and Ben too. *nods her head vigorously* That man knows the real meaning of family and he takes care of his own. Family takes care of their own, and we're ALL family.

Leona: Is there anything you'd like to say before we wrap this up?

Candace: Hell yes! *whispers* Oh, can I say that?::raises voice back up:: I want to just say that you should judge a person by how they treat other folks and animals and what they do for the community, not by how they look or dress or anythin' else. And I'm real proud of my boys. All of them. And that includes Sol and Seth as well as Ben. *glances about, glaring fiercely* and don't be messing with other folk's civil rights. Yes to equal marriage! Love is love! *tosses her head, gold hoops jangling*

Leona: Thanks again for coming.

Candace: My pleasure, sweetie. Any time!

Thanks for joining me today Leona! It's been great having you and Candace on my blog! My, isn't she a character to beat all characters! The book sounds fantastic! I can't wait to read it! 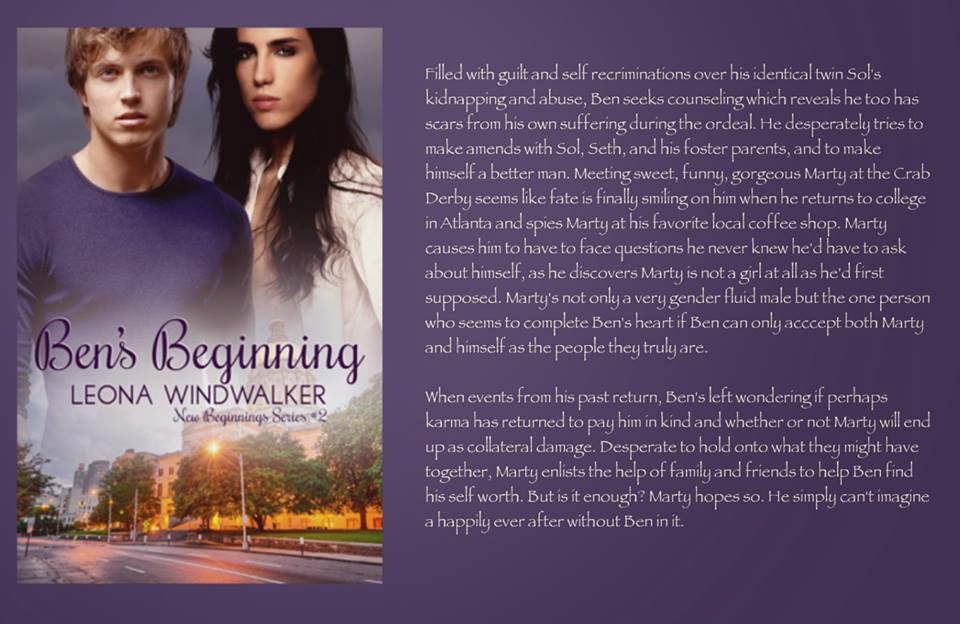 Find Leona Walker on Goodreads and on Facebook
Posted by Aisling Mancy at 3:00 AM