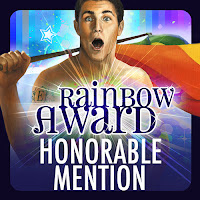 "Well-written story dealing with an emotionally charged subject. The authors succeeded in taking the protagonists to their respective emotional edges without spilling over into melodrama."

"A solid mystery well told. The lead characters work well on their own, but the story truly shines and the pace picks up when they come together and combine their forces."

"This was a super fantastic read. It has all the elements I enjoy in a story. Action, Intrigue, Hot Men! The plot went by smoothly, leaving me wanting for more of these two guys and the world that surrounds them. The setting was lifelike, bringing me deep into their world and living what they lived, experiencing their emotions, etc. The characters are people whom I wouldn't mind being friends with. Loved the writing, smooth and deep. Keep at it! Well done, Aisling. You've accomplished something not many stories do, making me a part of your world. And for that, I thank you! I can't help but give this book a perfect score! I'd love to read more, not just from these two characters but from Aisling's other stories as well."
Now available from
Dreamspinner Press, ARe,
Amazon, and Barnes & Noble
Add A Solitary Man to Your Goodreads and Booklikes Shelves
Like A Solitary Man on Facebook 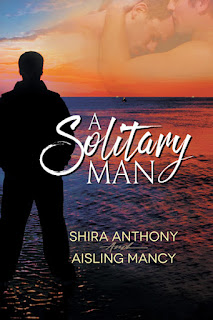 Read the prologue and chapter one here.
Posted by Aisling Mancy at 8:14 PM

Email ThisBlogThis!Share to TwitterShare to FacebookShare to Pinterest
Labels: 2016, A Solitary Man, Awards