Thank you so much, Cody, for having me as your guest today. No one can dispute the tragedy of homelessness, especially for our youth, and I'm very happy to be part of this wonderful anthology. 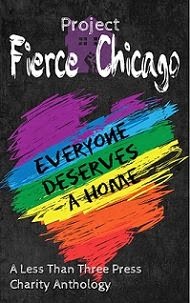 Nobody deserves to be without a home. In collaboration with several authors, Less Than Three Press offers up an anthology of stories about young people who find that home and family are not always where you expect to find them.

All proceeds from this charity anthology will be donated to Project Fierce Chicago.

Available from Less Than Three Press 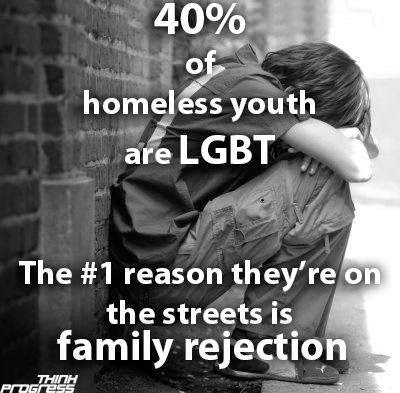 Family conflicts, abuse and problems at school all contribute to the homeless epidemic in the LGBT youth community. Some find themselves on the street after 'aging out' of foster care, but more and more gay and transgender young people, emboldened by increased acceptance in society, are coming out in their teen years, when they are still reliant on their parents. Sometimes faced with hostility or rejection at home, many teens turn instead to the streets.

John Cerdon, a 22-year-old Filipino, came out to his parents four years ago, leading to friction. He spends most nights sleeping on a friend's floor.

"I'll just say my mother chose my stepfather over me," Cerdon said.

When he has no other option, Cerdon sleeps on the Red Line, where he said he has been robbed twice and assaulted.

"The data on homeless youth is generally poor, and it's worse for LGBTQ," said Nan Roman, president of the National Alliance to End Homelessness, adding to the mix the population of "Q" or "questioning" youths, those who are unsure of their sexual orientation...."  ~~Erin Meyer, Chicago Tribune reporter

Alexis Allegra, associate director of residential programs at Teen Living Programs, confirms the static nature of LGBTQ youth homelessness. “I think this is a consistent problem and it is not something I have seen drastically change one way or another over the six years I have worked here,” Allegra said.

The struggles faced by LGBTQ youth include sexual and physical harassment, as well as stigmatization at school and home, leading them to run away.

“Youth have either been kicked out of their parental homes or have chosen to leave because of the harsh criticism and intolerance they experience,” Allegra said. "They might live at a friend’s house. They might couch surf– staying one place for a few nights and then go to another friend’s house.” ~~Streets of Chicago Chicago LGBTQ Homeless Youth by Raven Icaza 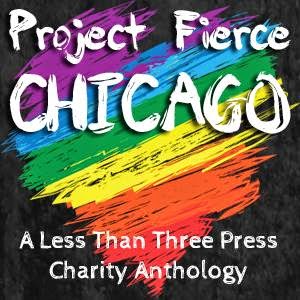 Project Fierce Chicago will provide transitional housing for LGBTQ young people ages 18-25, for an initial term of one year. In addition to living space, food and hygiene products, residents will have access to services aimed at a successful transition to independence, including case management, professional and living skills training and educational support. These services will primarily be provided by dedicated volunteers.

PFC’s aim is to become a largely self-sustaining community through the maintenance of a community garden and an in-house workshop in which staff, volunteers and residents create daily living items such as soap, lotion and household cleaning products with natural ingredients. The house will also have a space in which to showcase the art and creative projects of residents and community members.

Sammy: My story in the Project Fierce Anthology

At fifteen, Sam inadvertently comes out to his parents, but instead of the support he hopes for, they send him to live with his uncle. Unfortunately, the man is even less tolerant of his uniqueness. Rather than change to please his family, feeling unwanted and misunderstood, he runs away to find a better life.

But the crowded city isn't kind to a young man with no home and no prospects of work. When this story opens, Sam has been on the streets for several years when one of his 'regulars' begins to take more than a business interest in him. For the first time Sammy dreams of more than a bleak lonely future, but does he dare hope that someone like him could find their happily ever after?

John tossed his apron in the hamper then slipped out the back of the shelter into the dark alley and hurried around to the brightly lit street in front. Couples were enjoying the last of the day's warmth on the waterfront and he envied them as he headed toward his apartment complex. His pulse sped up as he neared the Morrison Bridge. Though it was after nine, traffic was still heavy on the bridge and also along Naito Parkway.

Passing under the bridge, he glanced down the bike path running alongside it, searching for Sammy. His heart leaped to his throat on seeing the familiar figure huddled on the grass, arms wrapped around his knees, looking alone and dejected. John ached to go to him, but would Sam want to talk to him? They weren't really friends. John paid for his company.

A soft sob floated on the night air and plunged straight into John's heart. He hurried over to Sam, then stood biting his lips, not sure what to say.

"What do you want?" Sammy's voice sounded tired, rough with tears.

"Do you need help? Can I do anything?"

Sam raised his head, blue eyes shimmering at him through wet lashes. Recognition sparked in the beautiful depths, then they widened. "You." Sam struggled to his feet, hugging his bare arms across his chest against the chill creeping up from the river. "Sorry, I have to cancel on you. I'm closed for the night. Try again tomorrow."

He brushed past John and started down the bike path. John's heart thumped painfully. "Sam?"

The young man stopped and swiveled abruptly. The lamplight caught his expression, a hint of fear, anger; the light clearly showing a cut lip and the dark swelling of a bruise on his ivory cheek. John clamped his lips shut on a murmur of pity, noting he held his left arm as if it hurt.

Helplessness swept through John. "Let me help you. I can make you a cup of coffee at least. And dinner, if you're interested. I make great spaghetti."

Doubt crossed Sam's pretty face and the end of his pink tongue nudged the cut on his lip, twisting John's heart. Impulsively, he touched Sam's arm. "Did someone hurt you?"

Sam stared at his hand, not answering. John was grateful he didn't yank his arm away. Finally Sam nodded.

Anger flashed through John, but he didn't want to scare Sam off with questions. "Come home with me," he urged softly. "I won't ask anything of you. I want to help and… I could use the company tonight."

Blue eyes glanced upwards, vulnerable. But then Sam blinked and mischief curled his lips. John winced at his false bravado. "Whatever you say, hon." Sam hooked their arms and started along the wide path following the riverfront. After only a few steps in the chill evening air, John shrugged out of his coat and put it around Sam's shoulders. Sam looked amused but pulled the coat tighter around his thin cotton shirt. "Thanks."

John's heart pattered. He liked Sam's arm linked with his. A few people gave them curious glances, but for the most part, they were ignored. He wished the circumstances were better, that maybe Sam was his boyfriend and they were walking home from the movies. They reached his street and his pulse quickened when he led Sam to his apartment.

Available from Less Than Three Press
Posted by Aisling Mancy at 3:00 AM