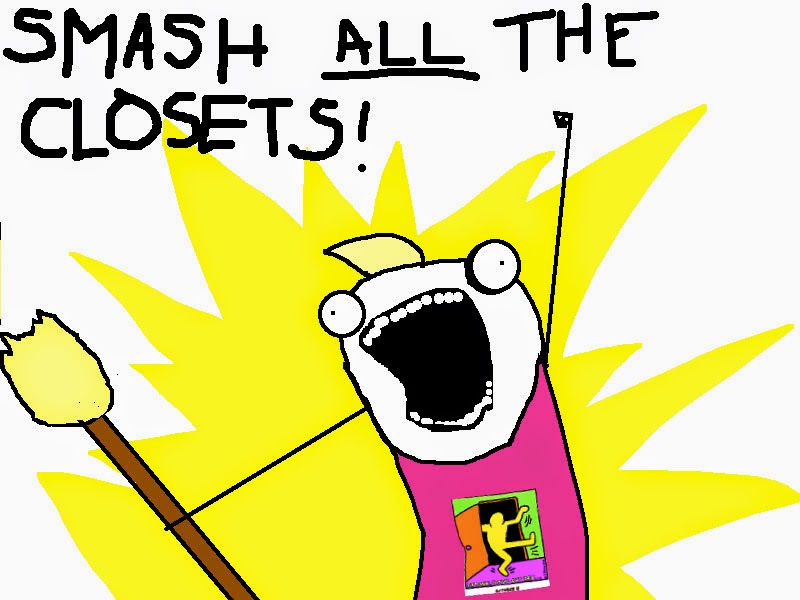 26 years ago, on the anniversary of the National March on Washington for Lesbian and Gay Rights, we first observed National Coming Out Day as a reminder that one of our most basic tools is the power of coming out. One out of every two Americans has someone close to them who is gay or lesbian. For transgender people, that number is only one in 10.

Coming out STILL MATTERS. When people know someone who is LGBTQ, they are far more likely to support equality under the law. Beyond that, our stories can be powerful to each other.

In honor of National Coming Out Day, HRC wants to honor all who have come out as LGBT or as a straight ally for equality – that takes bravery, and we commend you. Sign HRC's pledge to LIVE YOUR TRUTH and come out for equality in front of your friends and family. Together, we can proudly live out in the open.

Every person who speaks up changes more hearts and minds, and creates new advocates for equality.
For more on coming out, visit HRC's Coming Out Center or check out the resources below. Learn about Coming Out Day History of National Coming Out Day

However you identify, HRC and its Coming Out Project hope these guides help you meet the challenges and opportunities that living openly offers to each of us: Find coming out guides and other resources

Are You a Straight Ally?

Check out Coming Out as a Straight Supporter to learn about the emotional spectrum that people typically feel after someone comes out to them and find easy ways to learn more and demonstrate your support for LGBTQ Americans and equality. Download the guide
Posted by Aisling Mancy at 3:36 PM

Email ThisBlogThis!Share to TwitterShare to FacebookShare to Pinterest
Labels: 2014, Coming Out Day